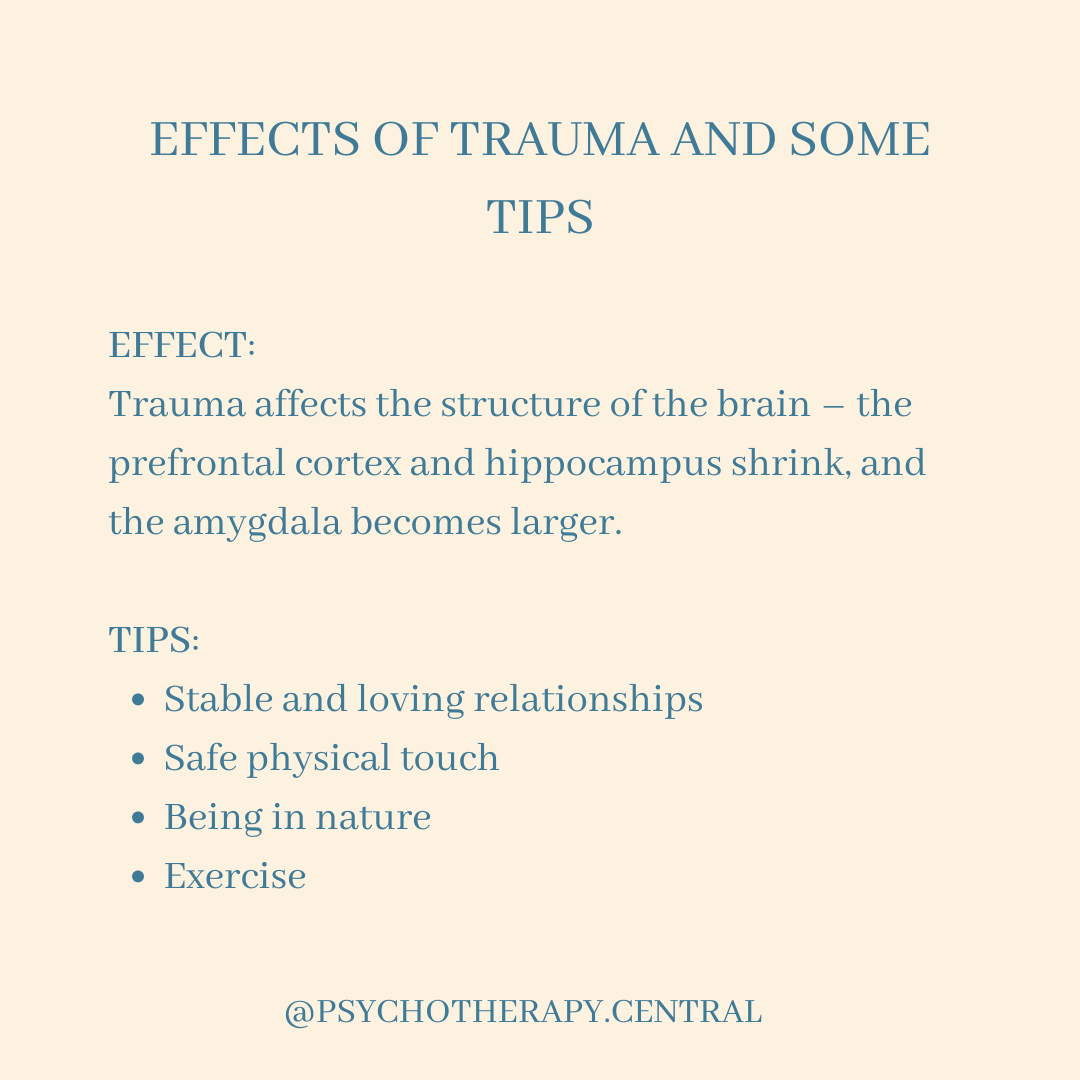 Trauma comes from the Greek word for wound, relating to physical injury (1) . It wasn’t until the late 19th century that the word trauma became associated with psychological rather than physical harm. Austrian psychologist, Sigmund Freud was one of the first people to suggest that psychological trauma (especially in early childhood) can affect psychological development and psychopathology. Modern day research has greatly advanced our understanding, and now we can characterise the psychological and biological changes that accompany trauma.

Psychological trauma occurs when a person experiences a distressing event that is perceived as life threatening; these occurrences are stressful, emotionally overwhelming and involve extreme stress that is difficult to cope with. Traumatic events are often accompanied by feelings of horror, fear and helplessness. Typically, victims experience reminders of the traumatic event (flashbacks, intrusive thoughts, and nightmares). After the event, people can experience increases in energy (hyperarousal, anger, agitation, insomnia, and impulsivity); or they may feel decreased energy (numbing, avoidance, withdrawal, confusion, derealization, dissociation, and depression) (2).

It is known that trauma predisposes people to a range of psychological and biological changes; it  can cause a range of mental symptoms including depression, anxiety, dissociative identity disorder, substance abuse, eating disorders, psychosis, and borderline personality disorder.  Much of our understanding of trauma comes from researching early childhood trauma which can include emotional, sexual, and physical abuse, as well as emotional and physical neglect. In childhood, a person is particularly sensitive to trauma because their brains and bodies are still developing; furthermore, children rely on caretakers and need them to form healthy, secure attachments in order to meet their emotional needs. Survivors of childhood maltreatment have higher adult rates of  inflammation, metabolic syndrome, ischaemic heart disease, arthritis, and shortened telomeres. These changes are thought to be due to a heightened, overactive stress response that releases a toxic amount of stress hormones (2). Indeed, traumatized children have higher baseline levels of the stress hormone cortisol .

A common feature of post-traumatic stress disorder is increased activation of the “fight or flight system”, the sympathetic branch of autonomic nervous system, measured by an increased heart rate, blood pressure, skin conductance, and other psychophysiological measures. Trauma induces a hyperactive stress response in the body when it occurs, and this stress response can become active again and again later in life especially due to certain triggers that remind the person of the event.  The hippocampus, an area of the brain responsible for an array of functions including memory and control of the stress response is on average smaller in people diagnosed with PTSD as compared to the normal population (2).

Though trauma can predispose one to poorer psychological and biological health, recovery from PTSD is becoming more effective. It is important for people suffering from PTSD to visit a doctor and a therapist. A doctor can analyze your thyroid and adrenal glands to see if you have health problems making panic attacks worse, and they can give you advice for reducing inflammation in the body. A therapist experienced in treating trauma can introduce you to methods such as exposure therapy, cognitive behavioural therapy, and dialectical behavioural therapy. In my experience working through differing levels of trauma is part of our healing journey.  In most cases time is a wonderful healer, but in some cases a helping hand is required.

Let me know what you're thinking Cancel reply